Doctors To Suspend Patients Between Life And Death 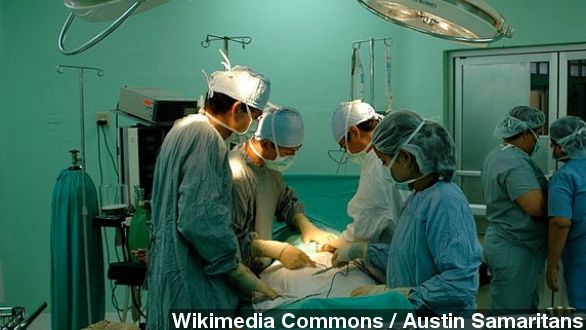 From "Flatliners" to "Frankenstein," the idea of dying and being brought back to life has always existed in movies. But it might soon become a reality.

Through a process called suspended animation, doctors could put patients in a state of suspension between life and death. It would give doctors more time to fix life-threatening injuries. (Via Gawker)

Gizmodo explains how it works. All the patient's blood is quickly removed from his or her body and replaced with cold saline solution. This cools the body and slows cellular activity. Doctors then have about two hours to fix the injuries and replace the saline with blood. The patient's heart should start up again with or without some help.

So patients are technically dead during that time. The FDA gave doctors at UPMC Presbyterian Hospital in Pittsburgh the OK to perform the procedure, but only on patients who are extremely likely to die from their injuries, such as gunshot wounds.

The Verge reports this procedure was tested on pigs in 2002 and some survived. But suspended animation is more controversial on humans because there wouldn't be enough time to get consent from the patients or their family.

New Scientist describes it as a "groundbreaking emergency technique" and says it will be tested initially on 10 patients. Those patients will then be compared to other patients who did not receive the procedure.

So while doctors work on the bringing-the-dead-back-to-life procedure, we're sure it will be a lot different from Hollywood's portrayal.