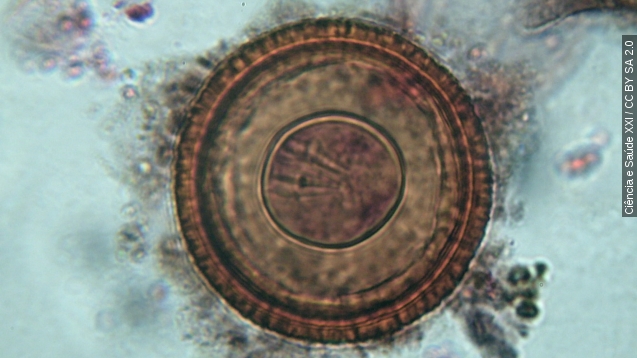 A California college student underwent emergency brain surgery after doctors discovered a tapeworm in his brain.

Luis Ortiz said he'd had some headaches but ignored them until the pain intensified and he began vomiting.

He was rushed to the hospital where doctors performed emergency surgery and found a larva of the parasite lodged in his brain.

The worm created a cyst which stopped the flow of water to areas of the brain. Doctors said if they had waited another 30 minutes, Ortiz would have been dead. (Video via Methodist Heath System)

"Yeah, the doctor pulled it out and said it was still wiggling, and I'm like, ew, that doesn't sound too good. Like what are the odds, you know, that I would get a parasite in my head?" Ortiz told KPIX.

Doctors said Ortiz might have gotten the tapeworm if he ate uncooked pork, went swimming in a river or recently visited a developing country. (Video via Animal Planet)

After the surgery, Ortiz has slight memory loss, but he's been working on it through therapy and says he's avoiding pork.