Doctors Are Sexually Assaulting Patients — And Getting Away With It 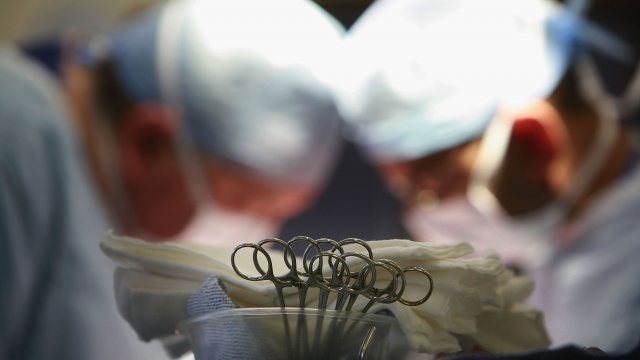 SMS
Doctors Are Sexually Assaulting Patients — And Getting Away With It
By Ryan Biek
By Ryan Biek
July 7, 2016
The Atlanta Journal-Constitution has launched its own investigation.
SHOW TRANSCRIPT

A massive investigation by the Atlanta Journal-Constitution found sexual assault by doctors isn't just a surprisingly prevalent issue but underreported by medical boards.

The AJC compiled its own database and found 2,400 doctors have been sanctioned for sexual abuse against a patient. Some doctors were implicated in thousands of cases, and several doctors were highly regarded in their field.

The paper was forced to compile its own list because the National Practitioner Data Bank keeps its information ambiguous. The physician misconduct list doesn't even include names.

The newspaper created a program that took public records of states disciplining doctors and matched those cases to how the national data bank reported them.

Hospitals have unknowingly hired sexual offenders because the national records against the doctor were either obscure or nonexistent. In other cases, the doctors made private agreements with their workplaces to resign quietly but then not be reported.

There's also the problem of misreporting. Certain acts that are considered sexual assaults were, in some cases, deemed as other, non-sexual offenses instead — such as an infection-control violation.

The problem may also go beyond the public database. One-fourth of the country's physicians belong to the American Medical Association. But the Atlanta Journal-Constitution notes the association doesn't automatically revoke the licenses of its members who commit sexual abuses.

And a separate watchdog study this year found many hospitals don't share cases of sexual misconduct with their state medical boards, as required by federal law.

"There really has been very little research done on this topic; it's not something that the medical community has really perceived as a problem," a reporter for the Atlanta Journal-Constitution said.

And this just scratches the surface of what the AJC found. The paper has at least one more part of its investigation scheduled for publication in August.

This video includes clips from the Atlanta Journal-Constitution and ABC.