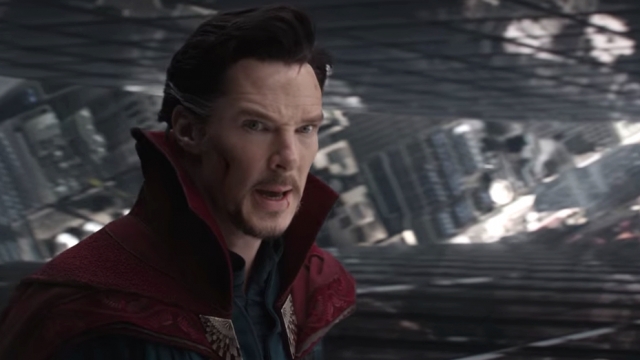 Your box office nightmare is finally over: "Madea" got bounced from the weekend box office top three.

The film also has a 90 percent Rotten Tomatoes rating.

As far as origin stories go, "Doctor Strange" did better than "Thor" and "Captain America" — just not quite as well as "Iron Man."

Coming in at No. 2 was "Trolls" –– aka, the reason you heard that Justin Timberlake song all summer.

The animated flick earned $46 million domestically and, if you count international sales, it's already making a profit.

Moviegoers may have an affinity for the Danish dolls ... or maybe, just maybe, for Timberlake and Anna Kendrick.

Rounding out the box office top 3 is "Hacksaw Ridge," the true story of a pacifist medic who won a Medal of Honor despite refusing to carry a gun during World War II.

The inspiring story has received inspiring reviews, but its $15 million debut may be a bit disappointing.

It made about the same amount of money as 2012's "Red Dawn." "Hacksaw Ridge" received almost a 90 percent Rotten Tomatoes rating. "Red Dawn" fell more than 70 points short of that. Not exactly the kind of company "Ridge" wants to keep.

As for next week, Naomi Watts stars in another movie with a bunch of creepy kids in "Shut In."