SpaceX And Boeing Are Officially Setting Up Shop On The ISS 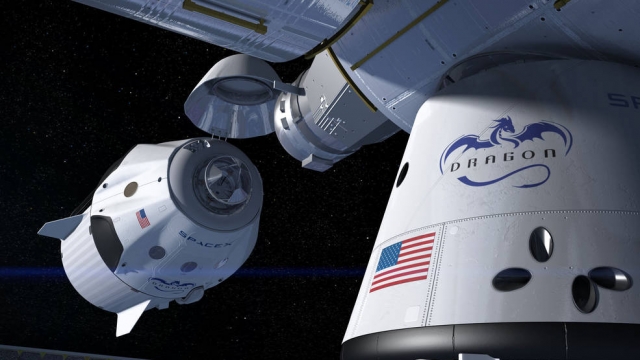 SMS
SpaceX And Boeing Are Officially Setting Up Shop On The ISS
By Ben Lawson
By Ben Lawson
August 17, 2016
Dedicated docking ports for Boeing and SpaceX missions are being installed on the International Space Station.
SHOW TRANSCRIPT

The first of two docks for SpaceX and Boeing are about to be installed on the International Space Station.

The docks will essentially return America's ability to launch astronauts from U.S. soil to the space station. Currently, American astronauts have to hitch a ride with their Russian counterparts.

It's a critical step in NASA's Commercial Crew Program — which relies on private companies to ferry astronauts between Earth and the ISS.

SEE MORE: NASA's Mars Mission Might Be In Trouble

The docking adapter will allow SpaceX and Boeing to park their spacecraft on the space station and allow crew to come aboard.

The capsules designed to fit the dock aren't finished yet. SpaceX is currently working on a manned version of its Dragon capsule, and Boeing is still finishing its CST-100 Starliner.

But if all goes according to plan, the first missions with those crafts are slated for late 2017 and early 2018.

The dock itself arrived at the ISS on July 20, but astronauts aren't installing it until Friday. Two astronauts aboard the ISS will spend about six hours outside the station to connect the dock. NASA plans to live-stream the entire operation.