Do You Vape? Not In U.S. National Parks, You Don't 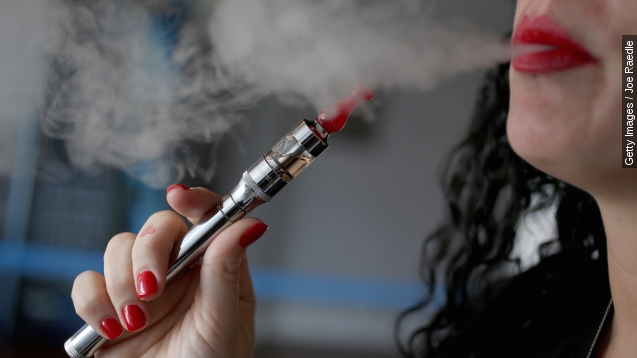 It's no secret Smokey the Bear doesn't like cigarettes, but now he's turned his attention to vaping. (Video via U.S. Forest Service)

Banning cigarettes in the parks was a no-brainer. Lit cigarette butts can start forest fires, but e-cigarettes don't pose that threat. Which has those who enjoy vaping a little miffed about the decision.

President of the American Vaping Association Gregory Conley told U.S. News "vapor products pose no more of a fire risk than a cellphone battery." He added "The National Park Service should leave ex-smokers alone and let them camp and hike in peace."

But the decision isn't for fire safety. National Park Service Director Jonathan Jarvis said the point is to “protect employees and park visitors from the health hazards and annoyances associated" with the vapors those devices produce.

E-cigarettes were billed as the healthier, non-invasive alternative to their carcinogenic counterparts. But now they're starting to be treated as one in the same.

New York City equates e-cigarettes with the real thing and has banned them indoors. Last year, Los Angeles and Chicago passed similar resolutions. And when you get right down to it, the big cities have science on their side.

A study published in the Oxford Journal of Medicine & Health says vapors from e-cigarettes have carcinogenic compounds like carbonyl, and the World Health Organization called for a ban of all indoor use of electronic nicotine delivery systems. (Video via YouTube / Vape Club)

Vaping is still relatively new, so it's tough to say for sure if there are any long term risks. But even on the face of it, it might be annoying if you were trying to enjoy a scenic view of one of our national parks and someone blew a big puff of vapor in your face. Now you don't have to worry about that. (Video via U.S. National Park Service)

This video contains images from Getty Images and Mike Mozart / CC BY 2.0.