Do You Take Jesus To Be Your Lawfully Wedded Husband? 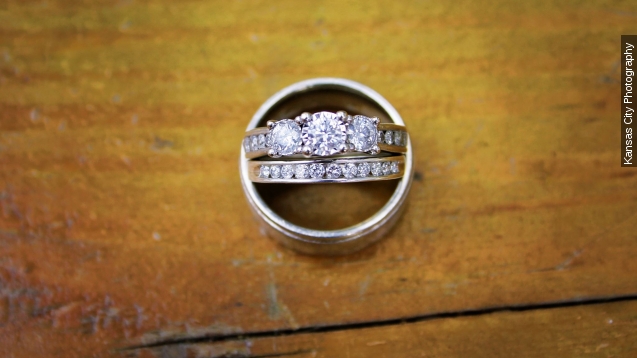 There's a lot that goes into a wedding day — a venue, a gown, hair and makeup. But imagine if you were marrying Jesus Christ. That ups the ante a little bit, eh?

A theology teacher at a Catholic high school in Fort Wayne, Indiana, has done just that. Jessica Hayes was consecrated to virginity during a ceremony Aug. 15. The Diocese of Fort Wayne - South Bend says Hayes was given a veil and ring to show she was a bride of Christ during the ceremony.

Consecrated virginity allows a woman to "live in the world" while giving herself fully to Jesus Christ.

But just because the groom wasn't physically present doesn't mean Hayes could slack off on the details:

"I would have to lie prostrate before the altar, so I really wanted to make sure that I was well-covered in a way that still shows the beauty of a bride," Hayes said.

In a blog post, Hayes called her now-husband her "Divine Spouse," and said the rest of her life will be transformed by this marriage.

Hayes is not a nun, and will remain a teacher. She is the only consecrated virgin in the Diocese of Fort Wayne - South Bend. The last died in 2012.

This video includes an image from Kansas City Photography.