Do We Blame Poor Testing Or Automakers For High Emissions? 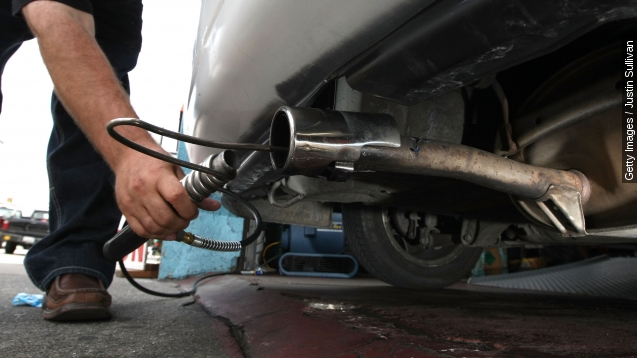 A report by The Guardian says diesel vehicles from four automakers are emitting illegal levels of air pollutants, but some say the story doesn't put the blame in the right place.

However, those companies don't appear to have cheated testing like Volkswagen did. The Guardian report was based on data from Emissions Analytics, which is now saying the story is misrepresenting its data. (Video via Volkswagen)

Speaking to The Detroit Bureau, the head of Emissions Analytics, Nick Molden, said The Guardian implied illegal activity when "no one has any hard evidence of anyone doing anything clearly illegal.”

To be clear, The Guardian does clarify, "There is no evidence of illegal activity, such as the 'defeat devices' used by Volkswagen."

Molden said the problem is a testing process with "a lot of loopholes" in it. He said most emissions tests – especially European ones – don't simulate the more demanding conditions found in the real world, which means vehicles emit less pollutants in testing than they do in the real world. (Video via Emissions Analytics)

So automakers may be meeting all the guidelines laid out in testing, but still emit high levels of pollutants while the cars are on the road.

The emission testing policies have faced a lot of criticism ever since Volkswagen admitted that 11 million of its vehicles had software designed to skirt around emissions tests. The EU's regulations are generally regarded as more lax than in other countries.

For instance, automakers in the U.S. are subject to random testing by the Environmental Protection Agency, while automakers in Europe get to choose a location and a private company for testing.

The EU's Transport and Environment group said the gap between testing and real-world performance was 40 percent and is expected to hit 50 percent by 2020.