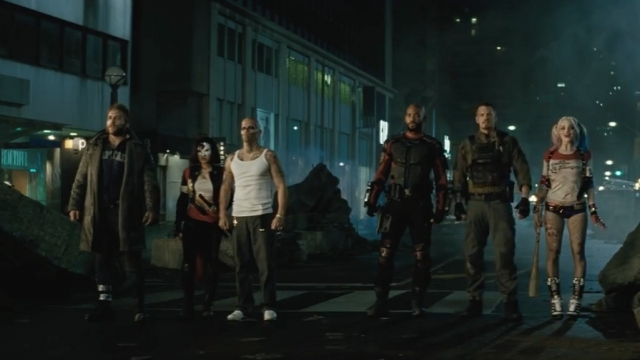 SMS
Do Reviewers Hate DC Movies? 'Suicide Squad' Splits Critics And Fans
By Grant Suneson
By Grant Suneson
August 3, 2016
"Suicide Squad" is getting panned by reviewers, but other DC films weren't critically acclaimed and audiences still enjoyed them. So what gives?
SHOW TRANSCRIPT

When movie studios take on beloved comic book franchises, it can be difficult to satisfy fans. But when negative reviews for DC’s upcoming film "Suicide Squad" started pouring in, fans started lashing out at reviewers instead.

More specifically, the review site Rotten Tomatoes. Only 31 percent of critics liked the film, and those who did weren't exactly gushing with praise.

So a DC fan made a Change.org petition insisting Rotten Tomatoes be shut down, claiming "[its] critics always give The DC Extended Universe movies unjust Bad Reviews."

Its creator ended the petition after it got more than 17,000 signatures, saying it was more about making a point than shutting down the website.

It's worth pointing out the criticism on the site doesn't actually come from the site. Rotten Tomatoes aggregates reviews from newspapers and websites, so it doesn't have any control over its reviewers.

However, there is a legitimate gripe that film critics aren't always kind to DC, especially compared to its archnemesis, Marvel.

Since it started in 2008, the Marvel cinematic universe hasn't received a single overall rotten rating — on film or TV. Critics and audiences generally agree on how much they like Marvel's content.

DC's attempt at an interconnected movie universe isn't going nearly as well. "Man of Steel" and "Batman v Superman: Dawn of Justice" were both panned by critics. Strangely, most audiences seemed to like them.

If DC wants to start up its own successful cinematic universe that can compete with Marvel, it's going to need to make movies even reviewers can enjoy. On the plus side, "Suicide Squad" has no problem being bad.