Do More Guns Mean More Protection? A Look At The Data 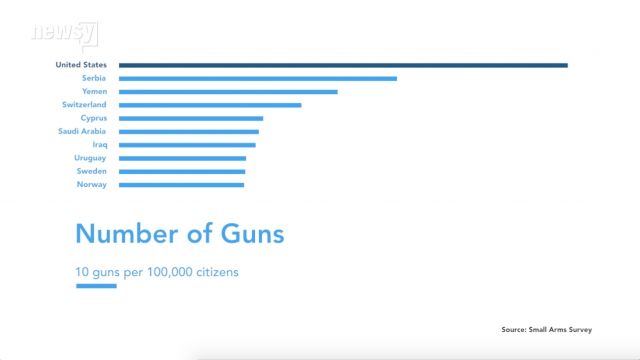 SMS
Do More Guns Mean More Protection? A Look At The Data
By Zach Toombs
By Zach Toombs
July 7, 2016
State-level and international examples can serve as a model for how the U.S. could reduce its high rate of gun-related homicide.
SHOW TRANSCRIPT

This video is featured in our Check 2016 interactive fact-check. Check it out for a whole new way to see the data and facts behind campaign rhetoric.

If more guns meant more protection, the U.S. would be the safest country on Earth. But we have more guns than any other nation, according to the Small Arms Survey. And our gun homicide rate is near the top when compared to all nations — and at the top when compared to developed nations. That's according to the United Nations Office on Drugs and Crime.

Also, the states with the strictest gun laws have fewer gun-related deaths. States with the loosest laws have more. Australia passed comprehensive gun control in 1996 after a mass shooting. In the years that followed, its rates for gun homicide and overall homicide plummeted, as shown by this in-depth study.