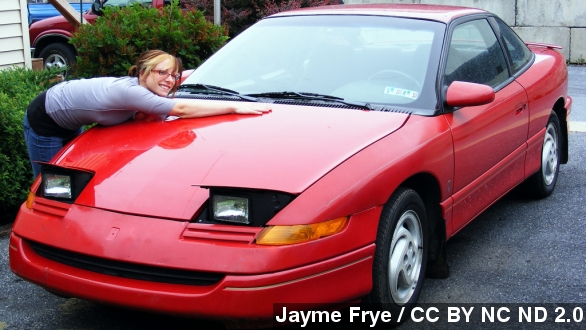 Turning 16 used to be a coming-of-age. You could get your license, your first car ...

"Just stay off the freeways, alright, I just don't want you going out on those yet. ... Be careful."

But apparently millennials just don't give a crap about cars anymore — according to Bill Gurley, venture capitalist and Uber investor, at least.

Gurley said this at SXSW Sunday, stating Generation Y doesn't use cars as a social statement and that their parents are getting frustrated their kids won't get drivers' licenses.

He also used this info as a plug for the ride-sharing service he's invested in, saying the company was "transformational," and touting some impressive stats.

He said the company has 300,000 drivers around the world and is growing 300 percent every year.

OK, let's get off the good PR train now.

This isn't some innovative observation from Gurley. Others have pointed this out in the past.

And the United States Public Interest Research Group did an entire study on it.

So, Gurley may have a point. Or maybe not.

A writer for Forbes thinks it's a pretty bogus claim, saying millennials are only turning away from cars because no one is "giving them vehicles they want." AKA, they're spoiled.

"Today’s teens and Millennials are often called the entitled generation for a reason. ... If they can’t have their specific dream car ... [they] won’t waste time getting a driver’s license."

So, give 'em what they want, and they'll drive it.

"How many are there?"

And according to Goldman Sacchs, millennials have been gravitating toward cities, where public transit is prevalent and the need for your own four wheels isn't as important. It's really not just because Uber is so special. Sorry, Gurley.