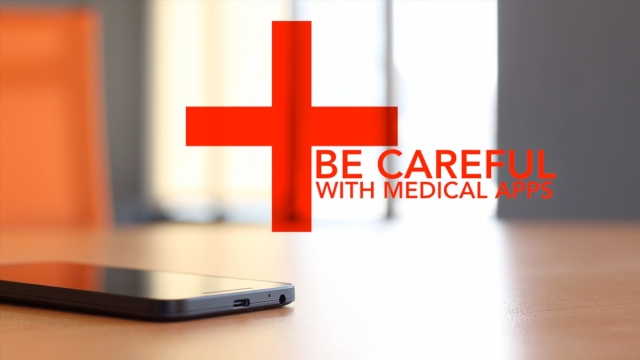 SMS
Do-It-Yourself Health Care Apps Are About As Safe As They Sound
By Evan Thomas
By Evan Thomas
April 6, 2016
Doctors say advice from medical apps can be misleading and dangerous.
SHOW TRANSCRIPT

Health knowledge is a good thing, and smartphone apps make spreading information easier than ever. But some health apps promise to do things that are better left to professionals and tried-and-true hardware.

Consider Instant Blood Pressure, an app that cruised to prominence on claims it could measure your blood pressure using your phone's camera and microphone. Researchers at Johns Hopkins University showed it was only 20 percent accurate.

Or SkinVision, a melanoma-screening app that other researchers said could only spot dangerous skin melanomas one time out of 10.

Or any of the others that make unproven mental health claims, like treating depression with a hypnosis app — for free, no less.

As the Johns Hopkins researchers said of their analysis of Instant Blood Pressure, there's a "need for scientific validation and regulation of these apps before they reach consumers." But the medical community still doesn't know what form that regulation should take.

In the same vein, all that wellness info your Fitbit gathers doesn't always mean much to your doctor.

"My mom said: 'Well, I can't wait to get an Apple watch. I'm going to send all of my data, all of my step data and all of my blood data to my doctor. It's going to be fantastic,'" said WebMD's Ben Greenberg.

Like most apps, most mainstream wearables aren't regulated like medical devices, and doctors say it's hard to put the data to medical use anyway.

Self-tracking isn't as dangerous as potentially bad medical advice, but the point remains: Ask your doctor which gadgets and smartphone tools will actually be helpful — and what medical guidance you should leave to the pros.

This video includes clips from SkinVision, Fitbit, Cleveland Clinic, Apple and Jawbone and images from the National Institutes of Health.