Do I Need To Update Flash Player On My Computer? 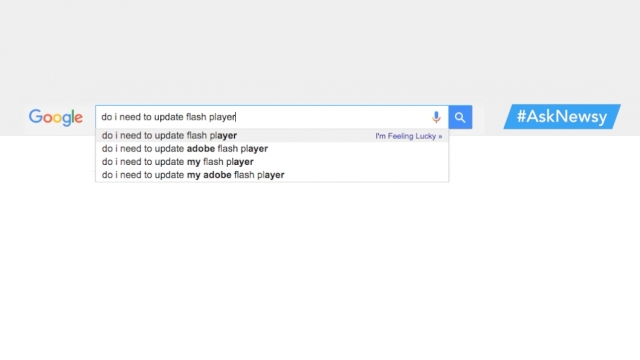 Here's a question: Do I need to update Flash Player?

It's always a good idea to keep computer programs — and (especially) plug-ins, like Flash — up-to-date because those updates often have patches or security tweaks that make your computer more secure.

And Flash has an especially lousy track record for security. In fact, Flash might be one of, if not the worst, plug-ins when it comes to users' security being compromised.

There is a future, though, that's not that far away, where people won't have to worry about updating Flash.

It's been a long time coming, but one-by-one, more tech firms seem to think that we can get by without Flash. The most famous person to hold that opinion was the late Apple CEO Steve Jobs.

Here he is speaking at a 2010 conference:

Steve Jobs: "There's been an avalanche of people that have said we're doing HTML5 video and the video looks better and it works better and you don't need a plug-in to run it."

Walt Mossberg: "Except when they hold up their iPad and they go to a Web page and there's like a hole there where video would be."

Steve Jobs: "Well, ya know, there are holes in some websites but they're getting plugged real fast. The holes that exist now are ads."

Then, by January 2017, Google says it will stop running Flash ads all together. And what has Google been telling advertisers to use instead? Why HTML5, of course.

This video includes clips from Webbkoda / CC BY 3.0, Adobe and The Wall Street Journal and an image from Loic Le Meur / CC BY 2.0.