Do External Drives Need To Be Ejected Before Removal? 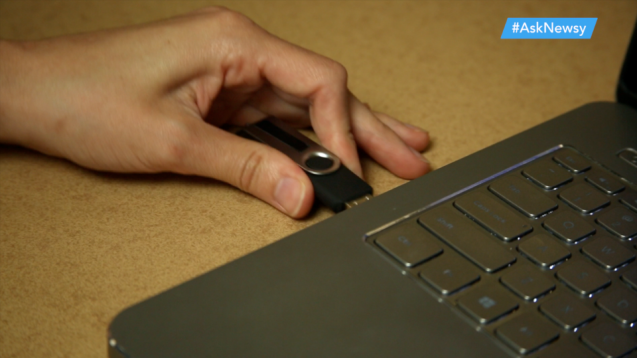 SMS
Do External Drives Need To Be Ejected Before Removal?
By Leah Becerra
By Leah Becerra
October 15, 2015
It's better to be safe than sorry, but there are actually computers that don't require you to hit eject before unplugging a drive.
SHOW TRANSCRIPT

Here’s a question: Do I really need to eject my flash drive before unplugging it?

Not exactly. See, most of the time, yanking a flash drive or other external disks, from a computer without hitting eject first won’t damage files. But that doesn’t mean unplugging without ejecting is always OK.

If a computer is still writing data to the drive — that is, moving files — removing it can corrupt what you’re trying to save. If you dragged the file to a drive, you’re probably aware of the progress bar and will wait.

During the writing process, though, many computers aren’t writing the data in real time. Instead they're building up a cache of the files you dragged and dropped.

In this case not hitting eject means your computer probably never cleared that cache, which means the data could still be corrupted.

Mac and Linux machines will require you to safely eject by either dragging a drive to the trash — which safely removes the drive — or right-clicking and selecting the eject option.

On Windows, though, by default, drives are set up with a quick removal policy — meaning you don’t have to worry about ejecting. You can get better write performance if you turn on write-caching, but then you’ll have to remember to safely remove drives.