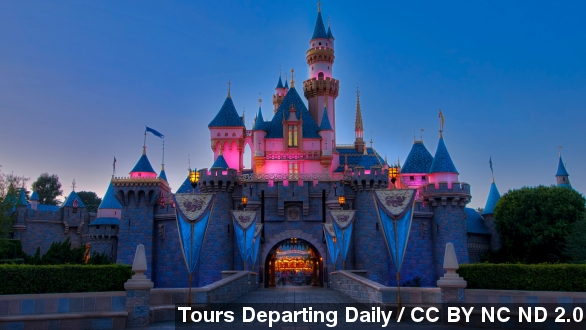 SMS
Disneyland Measles Outbreak Spreads To 5 States
By Madison Burke
By Madison Burke
January 24, 2015
Much of the Disneyland measles outbreak is being blamed on the anti-vaccination movement. The CDC encourages just about everyone get immunized.
SHOW TRANSCRIPT

The measles outbreak believed to have originated in Disneyland has spread from California into four other states and Mexico.

Authorities say an unknown person incubating a measles infection likely exposed several people in Disneyland, who then exposed others after leaving the park.

Measles is a potentially deadly respiratory virus that has a 21-day incubation period and is highly contagious.

There are currently more than 60 confirmed cases associated with the outbreak since it began in December.

The outbreak made 2014 the year with the most measles cases since the disease was eliminated in the country in 2000.

A vaccine for the measles has been available in the U.S. since 1963 and is more than 99 percent effective in preventing the disease.

Much of this outbreak is being blamed on the anti-vaccine movement.

The movement, popularized by Jenny McCarthy and medical skeptics, encourages parents not to immunize their children, for fear of potential side effects.

But most medical experts and organizations, including the Centers for Disease Control and Prevention, say the measles vaccine is safe and effective and is the best defense against the disease.

Health officials say most of the measles cases they see come from people who didn’t get the vaccine.

After a student came down with measles, Orange County, California officials are requiring high school students with no proof of immunizations to stay home.