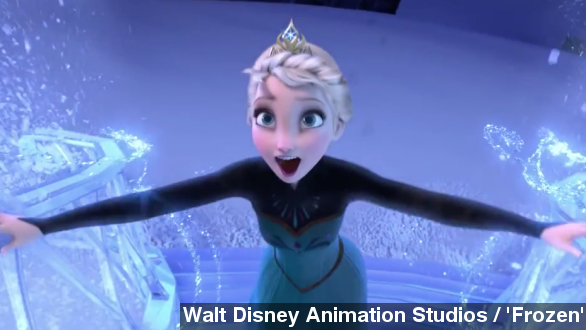 Actually, don't. Disney confirmed Thursday it's making a sequel to "Frozen." The company made the announcement at its annual shareholders meeting.

Deadline reports the original's co-directors, Jennifer Lee and Chris Buck, will both be involved in the sequel.

Variety says the second movie will return to Arendelle, the town from the first. No other plot details and no release date yet.

A sequel's not much of a surprise, though. "Frozen" grossed about $1.3 billion at the box office worldwide, won the best animated movie Oscar and made millions more in costumes, toys and other merchandise.

Disney has kept "Frozen" fans fed with a plans for a "Frozen" stage show and the short "Frozen Fever," which debuts this weekend at showings of Disney's "Cinderella" reboot.