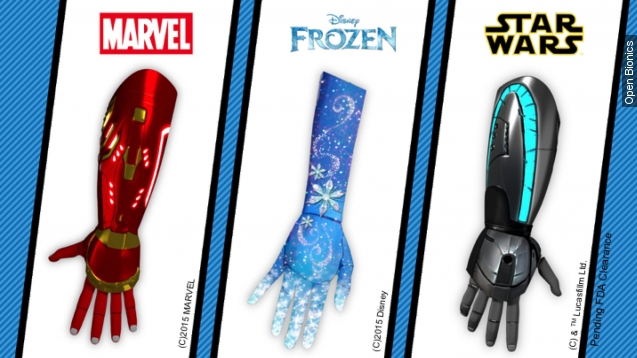 What do "Iron Man," "Frozen" and "Star Wars" have in common?

Yes, they're all owned by Disney. But what else? (Video via Disney)

They're all helping kids feel better about their prosthetics with the help of Open Bionics. (Video via CBS)

They're really, really awesome and not that expensive: $500 each.