Disney, Here Are The Best Candidates For Live-Action Remakes 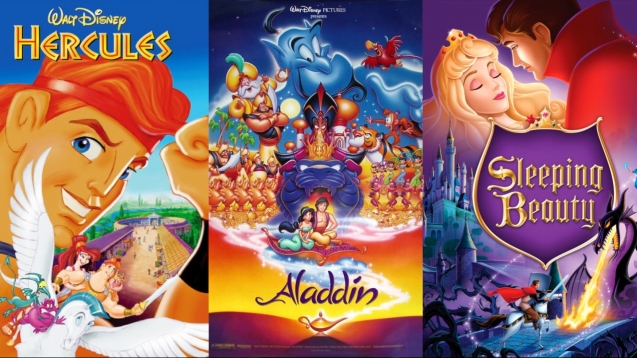 Good news for Disney fans: It looks like the live-action remake of "Beauty and the Beast" has wrapped. Star Josh Gad posted this photo hugging the jerk Gaston, aka Luke Evans, this weekend.

The trend of remaking Disney animated movies as live-action films is definitely gaining traction. And Disney seems to be going all-in on the concept with plans to throw some actual humans in "Mulan," "The Little Mermaid" and "Pinocchio."

So since the list keeps growing, we wanted to make sure Disney doesn't forget about three of our favorite Disney classics.

We're not talking dark, reimagined worlds of our favorite flicks that make a grown man (who is definitely not me) jump a little, but movies that are true to the old scripts. (Video via Walt Disney Studios)

That leads us to the first movie on the list — "Sleeping Beauty."

While Aurora herself could use some character work and definitely needs to do more than sing, fall asleep and get kissed, the story has a great villain and fairies who aren't afraid to get their hands dirty. (Video via Walt Disney Studios)

Next up: Hercules. Think about how sick those fight scenes would look as a live action, not to mention the awesome mythical creatures. (Video via Walt Disney Studios)

Last but definitely not least on our list — "Aladdin." You may have heard about the live-action prequel "Genies" currently in the works, but I say, Disney, scrap that and give us some of this.

That shouldn't be too hard to film, right? I'm pretty sure IKEA sells magic carpets. (Video via Walt Disney Studios)