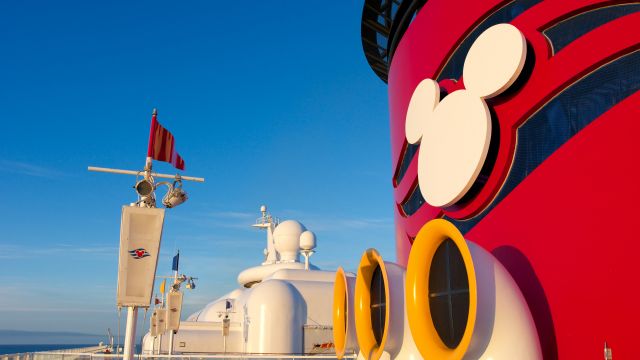 SMS
Disney Cruise Ship Rescues 12 Cuban Migrants From 'Rustic' Vessel
By Matt Moreno
By Matt Moreno
February 15, 2016
The Disney Wonder was traveling from Miami to the Cayman Islands when it stopped to pick up 12 suspected Cuban migrants Saturday.
SHOW TRANSCRIPT

Passengers on board a Disney cruise got some unexpected guests after the ship stopped to pick up suspected Cuban migrants in distress.

The Disney Wonder cruise ship was traveling from Miami to the Cayman Islands when the 12 suspected migrants were spotted around 8 p.m. Saturday, CNN reports.

They were brought on board after it was determined the "rustic" vessel the migrants were traveling in was unsafe.

Cruise ships often work with the U.S. Coast Guard if they come into contact with distressed migrants. The migrants are generally taken on board and then handed over to authorities at the ship's next stop.

The Carnival Paradise made a similar rescue in January when it brought eight migrants on board from an un-seaworthy vessel.

The U.S.' current "wet foot, dry foot" policy allows almost all Cuban immigrants who successfully make the dangerous trip to legally stay in the U.S. If migrants are caught in the ocean, aka with wet feet, they're returned to Cuba or another county.

The migrants picked up by the Disney Wonder were handed over to authorities in the Cayman Islands.