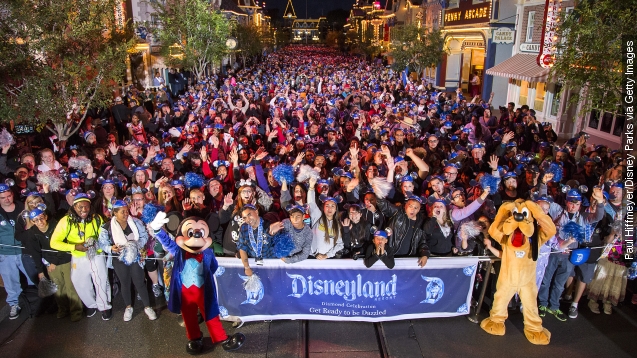 SMS
Disney Considers Park Pricing Based On Demand
By Ryan Biek
By Ryan Biek
October 5, 2015
Disney is considering making a switch to park pricing based on demand to spread out attendance throughout the year and avoid overcrowding.
SHOW TRANSCRIPT

Disney is reportedly thinking of giving surge pricing a try: charging different rates for its amusement parks based on how full or empty they are.

A spokesman for Walt Disney Parks and Resorts told The Wall Street Journal, "We have to look at ways to spread out our attendance throughout the year so we can accommodate demand and avoid bursting at the seams."

The current ticket price for anyone over 10 years old is $105 at Disney World and $99 at Disneyland. It doesn't matter if it's the Fourth of July or a rainy day in November. (Video via Disney)

A flexible rate could keep Disney's parks packed, but not too packed.

Despite hotels and airlines consistently adjusting prices based on demand, companies in other industries have gotten flak for making similar changes. Uber is one of them. (Video via Uber)

Yet others say surge pricing is simply economics 101. A writer for the Harvard Business Review argued if prices go down as well as up, customers feel like they made the choice to pay more.

Disney has already implemented surge pricing at its park in Paris, but the company has come under investigation for allegedly charging different rates based on visitors' nationalities. Disney has denied the claim.