Disney World Is Building A Wall To Prevent Another Alligator Attack 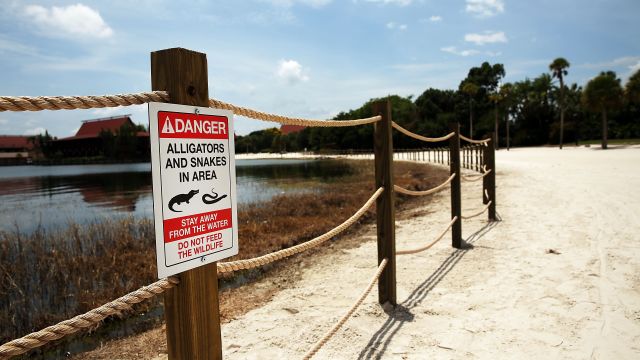 "At about 3:30 today, we recovered the remains of the 2-year-old from the water," Orange County Sheriff Jerry Demings said in June.

It has been nearly two months since an alligator dragged 2-year-old Lane Graves from the shores of the Seven Seas Lagoon at a Walt Disney World hotel.

Now, construction crews are building a wall of boulders in the hopes it will prevent another tragedy.

According to the Orlando Sentinel, the wall is part of the original plan implemented in the days after the incident. USA Today reports the wall is expected to be completed by October.

The Graves family was enjoying a night on the beach of the lagoon near Disney's Grand Floridian Resort and Spa on June 14 while visiting from Nebraska. Lane had been standing in the water when an alligator dragged him in.

The boy's father, Matt Graves, tried to rescue his son from the alligator but was unsuccessful.

Prior to the incident, there weren't any signs warning visitors about the alligators. Afterward, Disney installed warning signs and a rope fence.

In the days after the attack, wildlife officials captured and killed several alligators to ensure the alligator responsible was no longer a threat.

Last month, the Graves family released a statement saying it would not sue Walt Disney World.

The statement said in part, "As each day passes, the pain gets worse ... we will solely be focused on the future health of our family."

The family also announced the creation of the Lane Thomas Foundation.

This video includes clips from ABC, WFTV and WKMG, and images from the Graves family and Getty Images.