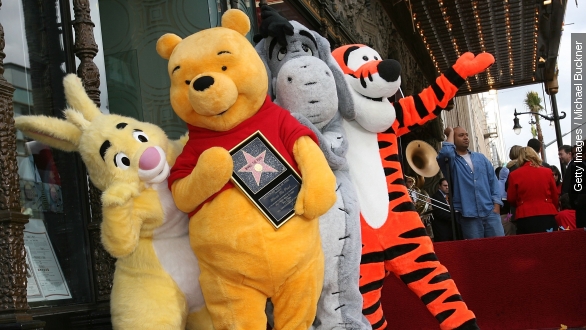 OK, it's official. Disney has gotten serious about being its animated characters to human form through live-action movies.

On Thursday, Deadline announced the production company is working on a live-action movie of the children's tale "Winnie The Pooh." It will reportedly be set during Christopher Robin's adult years, but something will bring the once-precocious child back to the Hundred Acre Wood. (Video via Disney)

Now Disney has had immense success with its many "Winnie The Pooh" films in past years.

Besides it's 1977 animated feature called "The Many Adventures of Winnie the Pooh," Disney has produced multiple films around Pooh and his friends, including, "The Tigger Movie" in 2000, "Piglet's Big Movie" in 2003, and "Pooh's Heffalump Movie" in 2005.

Disney is certainly on a live-action track recently. And by that, we mean the train is plowing straight ahead and not looking back.

Just earlier this week, Disney announced plans to make a live-action "Mulan" movie. It also has live-action remakes of "Beauty and the Beast," "The Jungle Book," and "Dumbo" in the works.

Now, the company has had tremendous success with its live-action movies. "Maleficent," starring Angelina Jolie, grossed $758 million at the box office worldwide back in 2014.

And its "Cinderella" remake, which is still currently in theaters, has grossed $341 million so far.

This doesn't mean Disney will stop producing animated films, though.

It has the film "Inside Out," which focuses on the emotions of a young girl, coming out this summer.

And absolutely no one was surprised when Disney announced it was capitalizing on the enormous success of its 2013 flick "Frozen," and making a sequel.

No major details about the "Winnie The Pooh" live-action movie have been announced yet, aside from the fact that Disney has already tapped a screenwriter for the film.