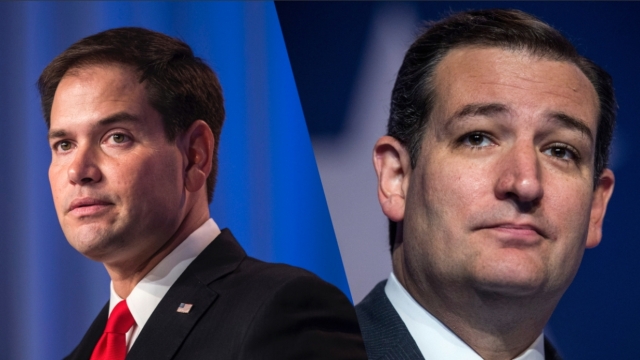 By Kate Grumke
February 19, 2016
There have already been reports of dirty campaign tactics in South Carolina leading up to the primaries.
SHOW TRANSCRIPT

Back in the 2000 campaign, a nasty rumor about John McCain was spreading. A poll asked people, "Would you be more or less likely to vote for John McCain … if you knew he had fathered an illegitimate black child?"

"So it brings up all these racial undertones and infidelity undertones, and of course none of that is true. But just by asking that question, you've planted that seed in someone's mind," said Emory Parker, interactive editor at The Post and Courier.

That rumor started here in South Carolina, which isn't that surprising. South Carolina has a bit of a tradition of dirty politics.

The John McCain example might be the nastiest, but in this state political rumors like that one have been spread about people running for everything from federal to statewide office.

"It's not frowned upon, culturally. It's one of those things that people almost expect to happen," Oldendick said.

It's so widespread here, The Post and Courier in Charleston decided to try using computer science to track it. People can send in tips about dirty campaigning to the paper's new tracker.

"They got this phone call, and it was a recording. And the whole recording was in Spanish, but they noticed that at the very beginning of the phone call it mentioned Cruz and Rubio and amnistía. Very loaded terms there. And at the end it said it was paid for by South Carolina Conservative Renewal, which as far as I can tell doesn't exist. … That might be a legitimate automated message that's targeting Hispanic voters, but it might be kind of this dirty reverse psychology trick … and making them think, 'Oh, maybe Cruz and Rubio are promising Hispanic voters something secretly,'" Parker said.

A lot of the submissions so far report attacks against the frontrunner, Donald Trump.

"If you can try to tie someone to things like immigration, like amnesty, or to refugees or to abortion or gay rights ... try to paint these people as secret liberals, that's what a lot of this material is attempting to do," Parker said.

"This is, for a lot of people, their last chance. If you don't do well here, then the path forward to the nomination is pretty bleak. … People are willing to take more chances," Oldendick said.

This video includes Getty Images and videos from CNN, MSNBC and Nikki Haley For Governor.