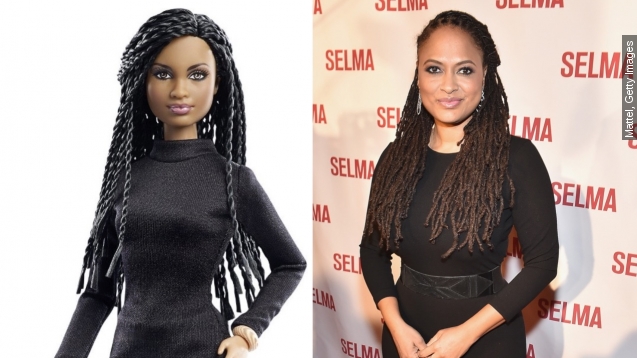 One of Barbie's most popular toys of 2015 wasn't even supposed to go on sale.

But when fans heard about the limited edition doll of "Selma" director Ava DuVernay, they pressed Mattel for more.

Long story short: Mattel announced Duvernay's doll would be mass produced. Then, less than an hour after Mattel dropped the link where fans could buy the dolls, they were sold out. According to Vogue, it only took 17 minutes.

Duvernay's doll was originally created for Barbie's Shero project, which featured other one-offs inspired by five inspirational women and a 5-year-old fashion designer.

The doll shares much more than just a likeness with Duvernay, though. The toy and the director have been praised for their cultural impact.

That same "variance" is partly why DuVernay has become such a popular figure. (Video via PBS Newshour)

The company also sent the Internet into a frenzy by putting a boy in an ad — a first for the Barbie brand — and reinforcing the "You Can Be Anything" campaign with tiny professionals:

"Hello, my name is Gwenyth, and I'll be your professor today."

But the year didn't start off too hot for Mattel. In January, Barbie sales were down for a third consecutive year.

The editor-in-chief of a toy-focused website told Fortune increased diversity in the doll lineup might help the company turn the corner, and it looks like Mattel is off to a good start.