Did Your Favorite Video Game Make It Into The Hall Of Fame? 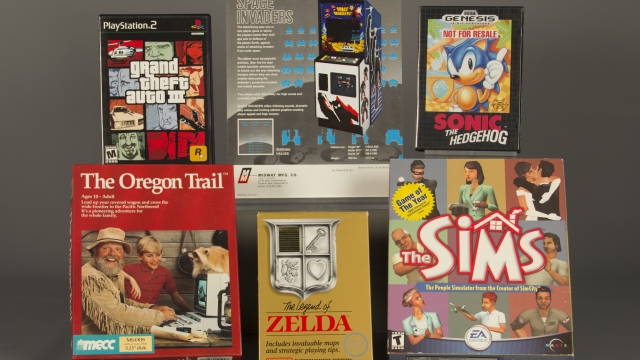 SMS
Did Your Favorite Video Game Make It Into The Hall Of Fame?
By Ben Lawson
By Ben Lawson
May 6, 2016
Another six titles made the cut this year.
SHOW TRANSCRIPT

Another six video games have been inducted into the World Video Game Hall of Fame.

"Grand Theft Auto III," "Space Invaders," "Sonic the Hedgehog," "The Oregon Trail," "The Legend of Zelda" and "The Sims" have all made their way on the list.

This is only the second year the gaming hall of fame has existed, so these titles join the six inaugural games, including "Super Mario Bros." and "Tetris."

This year's list spans several decades and genres, including ones that created franchises gamers still love. They were selected based on the impact on the video game industry, popular culture and society.

Like "Grand Theft Auto III," celebrated for its completely open 3-D world but criticized by some for its gratuitous violence.

Then there's "The Oregon Trail," an educational game that taught several generations of students the hardships of the real-life Oregon Trail, how to use computers and just how often people died of dysentery in the 1800s.

"The Sims" also made it onto the list based on its huge fanbase, which was actually dominated by female gamers. It also attracted both adults and kids.

The titles will be on permanent display at The Strong museum in Rochester, New York.

This video includes clips from Nintendo, Sega, Electronic Arts and Rockstar Games and an image from William Warby / CC BY 2.0.