Did We Overestimate The CO2 Impact From China's Coal? 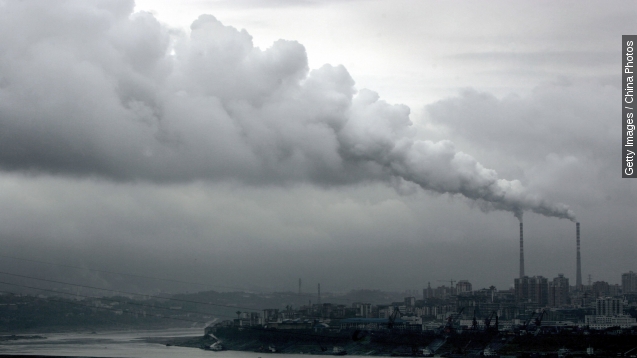 SMS
Did We Overestimate The CO2 Impact From China's Coal?
By Evan Thomas
By Evan Thomas
August 20, 2015
Researchers say previous trackers of China’s coal consumption might have overestimated how much CO2 the fuel released.
SHOW TRANSCRIPT

Researchers analyzed coal specimens from 602 mines around China, and found more of China's coal is a lower-grade variety than what was used in previous emissions calculations. It produces more ash and has lower energy efficiency than purer coal, but also emits less carbon. (Video via BBC)

According to the researchers, the revised calculations mean China’s CO2 emissions from 2000 to 2013 were close to three gigatons lower than initially reported, which should account for approximately 10 percent of global CO2 in any given year.

But global CO2 measurements haven’t shown any decline in that time. (Video via NOAA)

One climate scientist told the BBC "This study therefore makes no difference to the total amount in the atmosphere; it simply means that accounting for Chinese emissions is getting better."

It also suggests 10 percent of global emissions are coming from somewhere else — and right now it’s not clear where.

In 2006, China was bringing one and a half new coal-fired plants online every week. Since 2007, it’s led the planet in CO2 emissions.

It’s started phasing out coal plants since then, but China still accounts for nearly half of global coal consumption, according to the Energy Information Administration. (Video via Xinhua)

But it expects to peak its greenhouse emissions by 2030 to meet guidelines in the Copenhagen Accord that could prevent extreme climate change.