Did US Officials Mislead Policymakers On ISIS Threat? 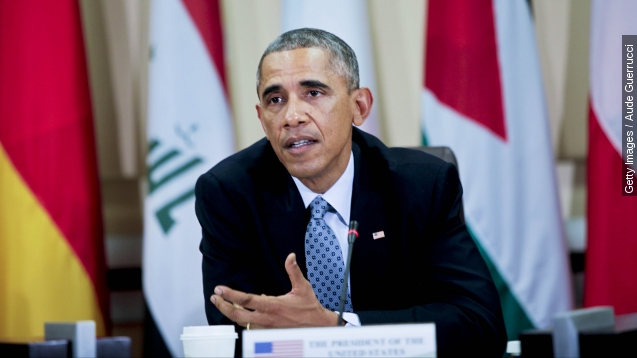 SMS
Did US Officials Mislead Policymakers On ISIS Threat?
By Kate Grumke
By Kate Grumke
August 27, 2015
Sources spoke about a push to make ISIS seem less threatening in reports meant for leaders, including the president.
SHOW TRANSCRIPT

Another news agency is reporting that U.S. military officials pressured intelligence analysts to paint a rosier picture of the U.S.'s efforts against ISIS in Iraq in briefs meant for leaders, including the president.

The Daily Beast says multiple sources spoke about a push to "downplay" the threat of ISIS in reports and make the group seem weaker.

Earlier this week, The New York Times reported the Pentagon's inspector general is investigating officials at U.S. Central Command for making intelligence assessments about ISIS more optimistic before they were ready for policymakers.

And U.S. defense officials also told CNN that they believed the inspector general was investigating a claim about ISIS intelligence.

According to the Daily Beast report, a former director of the Defense Intelligence Agency described "what he sees as a concerted push in government over the past several months to find information that tells a preferred story about efforts to defeat ISIS and other extremist groups, including al Qaeda."

In response to questions about the reports, White House spokesperson Josh Earnest said "The President places a premium on getting an unvarnished assessment from the intelligence community ... One of the things that they place a priority on doing is making sure that they're getting differing points of view on what's happening on the ground."

Still, The Daily Beast says "analysts have been frustrated for months that as their reports make their way up the chain, senior officers change them to adhere more closely to the administration's line."