Did Siri Throw Some Shade At Republicans On The Iran Deal? 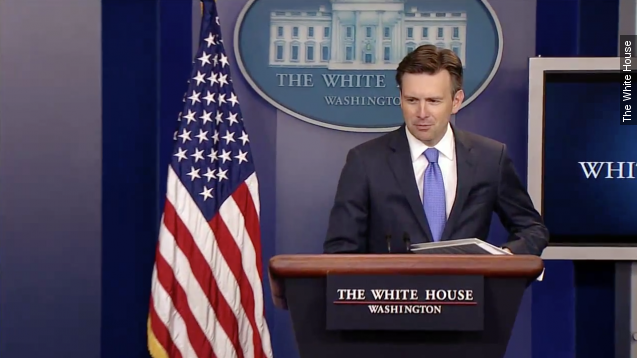 SMS
Did Siri Throw Some Shade At Republicans On The Iran Deal?
By Kate Grumke
By Kate Grumke
September 11, 2015
Siri's answer to a reporter's question during a White House press briefing sounded a lot like the Obama administration's line.
SHOW TRANSCRIPT

Sometimes, Apple's Siri can be a bit of a smart aleck.

"Imagine that you have zero cookies and you split them evenly among zero friends. How many cookies does each person get? See, it doesn't make sense. And Cookie Monster is sad that there are no cookies, and you are sad that you have no friends," Siri told ABC's morning anchors.

But during a White House press briefing Thursday, Siri decided to get into politics — by upstaging White House Press Secretary Josh Earnst.

"To avoid disapproval from Congress, is the president upset that he couldn't get even one Republican ..."

"Sorry, I'm not sure what you want me to change," said Siri.

So now we're wondering if Siri works for the White House, because that sounded a lot like the administration's line on the Iran nuclear deal.

"What we hoped ... is that members of Congress would carefully consider the contents of the agreement. ... Unfortunately, on the Republican side of the aisle we saw a lot of Republicans in Congress — nearly all of them, in fact — actually announce their support before the agreement was even reached," said Earnst.

So, weird moment, yes. But, honestly, probably not the weirdest thing that happened in politics yesterday. (Video via Warner Bros. Television / 'The Ellen DeGeneres Show')