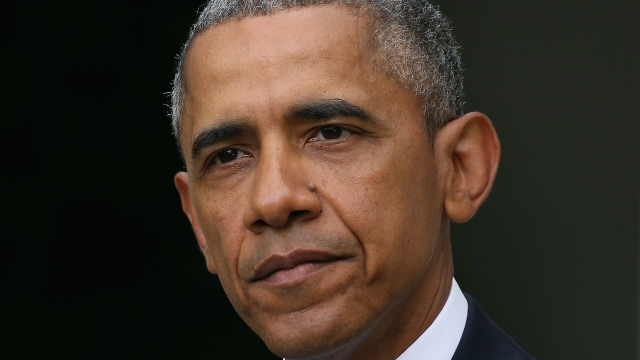 Did Russia really hack Democratic National Committee emails in the hopes it would help Donald Trump?

"Anything's possible," President Obama said in an interview with NBC on Tuesday.

President Barack Obama told NBC's Savannah Guthrie he couldn't comment on the specifics of the DNC email leak because the FBI is still investigating.

"What we do know is that the Russians hack our systems, not just government systems, but private systems," he said. "What I do know is that Donald Trump has repeatedly expressed admiration for Vladimir Putin."

Hillary Clinton's campaign manager said Sunday that experts told the campaign the Russian government was involved in the hacking and did it to influence the election.

"Trump and his allies made changes to the Republican platform to make it more pro-Russian. And we saw him talking about how NATO shouldn't intervene to necessarily to defend our eastern European allies if they're attacked by Russia," said Hillary for America campaign manager Robby Mook.

Trump responded with a number of tweets, including this one on Tuesday: "In order to try and deflect the horror and stupidity of the Wikileakes [sic] disaster, the Dems said maybe it is Russia dealing with Trump. Crazy!"

The Kremlin has also denied the allegations.

The DNC said last month hackers breached its servers. The cybersecurity firm it hired said it "observed the two Russian espionage groups compromise the same systems and engage separately in the theft of identical credentials."

Wikileaks released more than 19,000 emails from the DNC last week. Some appeared to show DNC staffers trying to undercut Clinton's opponent during the primaries, Bernie Sanders.

And last month, a supposed lone hacker who goes by "Guccifer 2.0" released some DNC materials, including opposition research of Donald Trump. The hacker has said it was his or her own doing, not that of the Russian government. U.S. officials don't agree.

This video includes clips from The Kremlin, Democratic National Committee, Hillary for America and CNN and images from Instagram / @savannahguthrie and Getty Images.