Did Oculus Founder Pull A Zuckerberg For His Kickstarter? 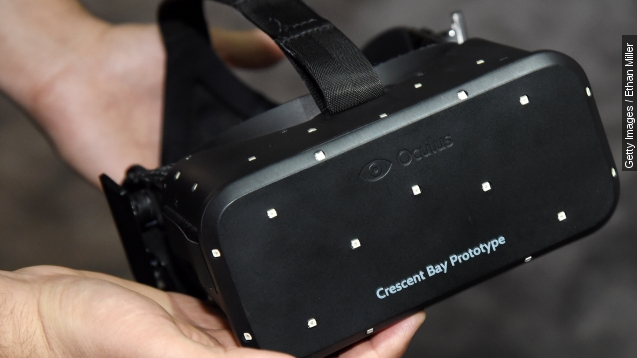 SMS
Did Oculus Founder Pull A Zuckerberg For His Kickstarter?
By Ben Lawson
By Ben Lawson
May 23, 2015
Oculus VR founder Palmer Luckey is under legal fire for allegedly using technology developed for another company to build his Oculus Rift VR headset.
SHOW TRANSCRIPT

Oculus's founder Palmer Luckey is facing a lawsuit from Total Recall Technologies that accuses him of using technology he developed for Total Recall to build his own device, the Oculus Rift.

In other words, did Luckey pull a Zuckerberg? Facebook's founder Mark Zuckerberg famously settled a lawsuit claiming he stole the idea for his social media empire from some of his Harvard classmates.

It would be an ironic turn of events after Facebook bought the virtual-reality headset developer last year for $2 billion.

Oculus called that lawsuit "a transparent attempt to take advantage of the Oculus VR sale to Facebook" and said that the claims don't hold water.

The most recent lawsuit filed by Total Recall claims that Luckey was still under a non-disclosure agreement with the company when he launched the Kickstarter that brought in Oculus's initial funding. (Video via Oculus)

Total Recall is seeking compensatory and punitive damages but hasn't specified an amount. Facebook is not named in the suit.