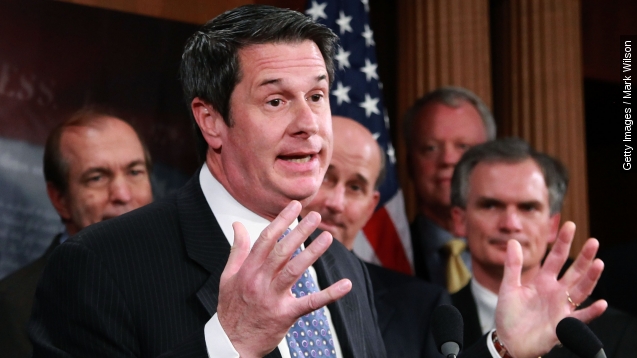 We all know political races can get pretty personal.

"I never attacked him on his look and believe me, there's plenty of subject matter right there," Republican presidential candidate Donald Trump said of Senator Rand Paul in the CNN Debate.

"Donald Trump?," Democratic presidential contender Hillary Clinton said before getting into an impression against her GOP rival on SNL. "Isn't he the one that's like 'Hey, you're all losers.'"

But one ad in the Louisiana gubernatorial race just took "personal" to a whole new level.

"David Vitter chose prostitutes over patriots. Now the choice is yours," the ad says.

The ad brings to light something U.S. Senator David Vitter probably wishes had stayed hidden: he may have been a client of an escort service between 1999 - 2001. (Video via David Vitter for Louisiana)

"No matter how long ago it was, I know this has hurt the relationship of trust I've enjoyed with so many of you. And I have a lot of work to do to rebuild that," Vitter said in a 2007 press conference.

The ad accuses him of missing a vote on a resolution to honor 28 veterans who died overseas when he was in the House of Representatives. The ad claims he missed the vote because he was talking to a prostitute on February 27, 2001. (Video via C-SPAN)

But is it true? Well, like most things in politics, it's complicated.

Vitter's phone number was found by news agencies five times on the records of a D.C. madam. One of those five calls reportedly happened during that vote.

And if you look at the congressional record, Vitter's name is among those counted as "not voting." However, he does not have a leave of absence noted for that day, leading some to believe he was at least in town, just not for the vote.

That same night, President Bush gave his first State of the Union to Congress, and a writer at Salon says C-SPAN's coverage, "clearly shows Vitter sitting in the House chamber later that evening." (Video via C-SPAN)

So unfortunately, there's no definitive way to prove Vitter missed the vote because he was arranging a meeting with a prostitute unless he copped to it, which probably would never happen. Either way, the refreshed scandal is definitely not good for his campaign which according to the latest poll, isn't doing too well anyway.  (Video via David Vitter for Louisiana, WGNO)