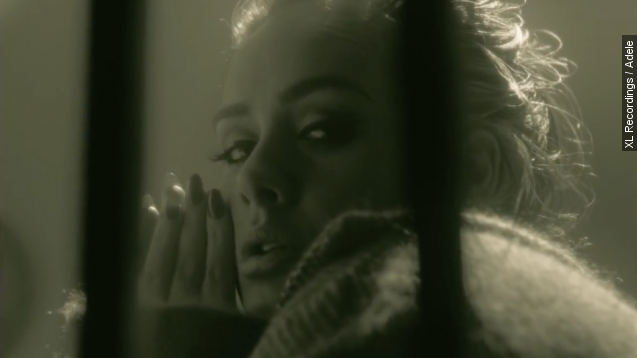 SMS
Did Adele Steal A Song? Singer Accused Of Low Blow To Hit High Notes
By Cody LaGrow
By Cody LaGrow
December 9, 2015
The singer is facing accusations of plagiarism after Ahmet Kaya's fans say one of Adele's new songs is similar to a 1985 song by the Turkish musician.
SHOW TRANSCRIPT

It seems like everybody loves the new Adele album. Everybody except Ahmet Kaya fans, who are accusing the singer of stealing.

The song in question is "Million Years Ago," a tearjerker from Adele's new album, "25," recently performed on NBC's "Today" show. Take a listen to the song.

Some fans say it sounds like Ahmet Kaya's song from 1985.

Do the melodies share similarities? Sure. Do we think Adele is a fan of Turkish music from the '80s and deliberately stole this? Or is it a coincidence? We'll find out if she ends up in court like other music moguls have this year.

Jay-Z and Timbaland avoided legal repercussions after their song "Big Pimpin'" was accused of infringing on the copyrights of this Egyptian song, "Khosara Khosara."

But the same couldn't be said for Robin Thicke and Pharrell Williams, whose song "Blurred Lines" sounded too similar to Marvin Gaye's "Gotta Give It Up." Thicke and Williams had to cough up a cool $5.3 million.

There's still no word from Adele's camp regarding the accusations, just the news that the singer is projected to sell 5 million copies of her album in its first three weeks.