Dick Cheney Has No Regrets 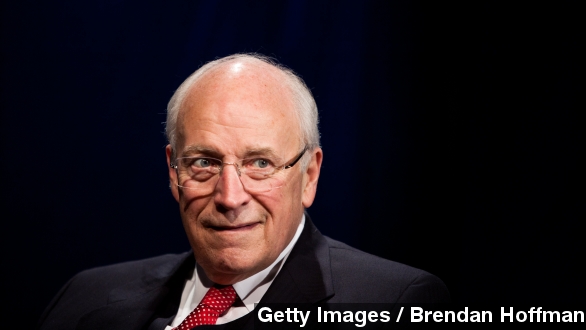 The national conversation on torture has changed, but Dick Cheney's message hasn't.

"We did exactly what needed to be done in order to catch those who were guilty on 9/11 and to prevent a further attack, and we were successful on both fronts," former Vice President Cheney said on Fox News Wednesday.

"This report says it was not successful," Brett Baier said.

"The report's full of crap, excuse me," Cheney replied.

And Wednesday, the longtime defender of what he calls "enhanced interrogation" defended the program once again.

Cheney's name actually appears in Tuesday's Senate report summary many times, including here on page 50, where then-Vice President Cheney urges a newspaper not to publish the location of Abu Zubaydah.

Zubaydah was held and tortured at a CIA black site for years. He was the first CIA prisoner subjected to sleep deprivation and waterboarding.

"This government does not torture people," President Bush once said on C-SPAN.

Cheney and the Bush administration have always contested that waterboarding and certain other tactics did not amount to "torture," just "enhanced interrogation."

But he denies any knowledge of what's known as "rectal feeding," despite references to the practice in emails to and from CIA officers.

"At one point this report describes interrogators pureeing food of one detainee and inserting it in his anus. ... Is that torture?" Baier asked.

"I don't know anything about that specific instance. I can't speak to that," Cheney said.

Since the torture report dropped Tuesday, many left-leaning outlets have been eager to make Dick Cheney the face of the CIA's brutal tactics.

"That logic, that the end justifies the means, is the logic of terrorism. That's what terrorists do," Human Rights Watch Director Kenneth Roth said on MSNBC.

And in appearances like his Fox interview Wednesday, Cheney shows he's not bothered to play that role.