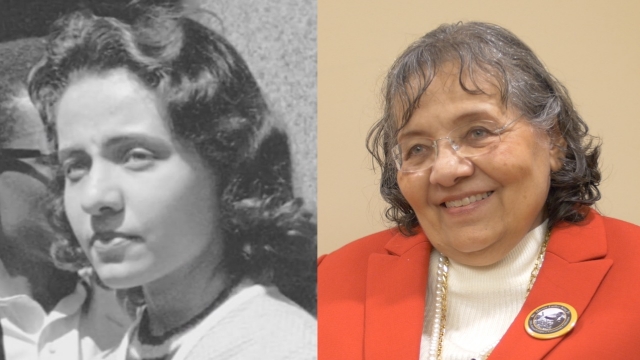 "I think during a period of the 1960s, everyone’s consciousness was low, including mine," Diane Nash said.

Diane Nash is an activist and a civil rights movement leader. We got the chance to talk to her about the contributions of women and whether they’ve been fairly represented. (Video via Film Circuit / "Freedom Riders")

Many women, like Nash, were leaders within the movement, but those chances for women to lead were few and far between.

"At that time, very few women were given — and I say that with some animosity — given the opportunity to participate," activist Myrlie Evers-Williams told MSNBC.

Nash said women did "every task necessary to maintain the movement" — something President Obama touched on while addressing the Congressional Black Caucus in September 2015.

"Women were the foot soldiers. Women strategized boycotts. Women organized marches. Even if they weren’t allowed to run the civil rights organizations on paper, behind the scenes they were the thinkers and the doers, making things happen each and every day," President Obama said.

"I think the reporting and the telling in the history books reflects the attitude of the country at that time. Thankfully, it’s changed a lot."

This video includes images from the U.S. Department of State and the U.S. National Archives.