Detroit Bankruptcy Exit Plan Is A Beginning, Not An End 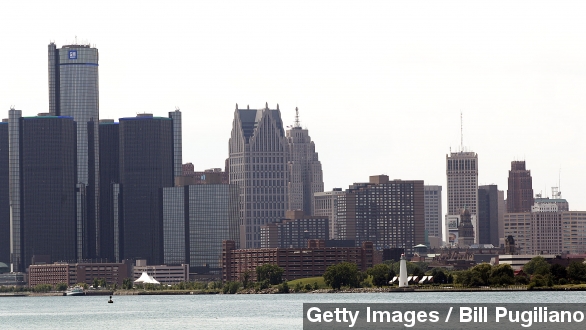 SMS
Detroit Bankruptcy Exit Plan Is A Beginning, Not An End
By Madison Burke
By Madison Burke
November 7, 2014
A federal judge approved a plan to cut Detroit's unsecured debt by 74 percent, but some experts wonder if it'll be enough to solve Detroit's problems.
SHOW TRANSCRIPT

A federal judge has approved a plan aimed at getting Detroit back on its feet.

The city filed for bankruptcy 16 months ago after economic troubles left it $18 billion in debt and struggling to provide basic city services.

The judge approved a plan that allowed the city to shed $7 billion of debt and reinvest around $1.4 billion over 10 years into neglected city services.

The plan cuts the city's unsecured debt by about 74 percent and prevents the Detroit Institute of the Arts from having to sell its exhibits.

After the decision, WXYZ was at the press conference where emergency manager Kevin Orr spoke. "I think what you saw today was the best of us ... coming together though a difficult but managed judicial process to get a result that's for the benefit of Detroit."

The formerly prosperous city filed for bankruptcy last year amid severe economic shrinkage; Detroit has lost about half of its population since the 1950s. Mismanaged municipal funds are also said to have contributed to the city's financial troubles.

Some outlets are noting the case made its way through the courts pretty quickly, given the size of the city and its finances.

But this plan does not ensure Detroit will be free from financial distress for good.

Bankruptcy lawyer James E. Spiotto told The New York Times: "Bankruptcy is just debt adjustment, but that's not a solution. ... What you really need is the recovery plan. We won't know for five, ten, 15 years whether Detroit has solved its systematic problem."

The plan includes oversight of city finances by a commission in the years to come.