Despite Zika Threat, Summer Olympics Expected To Go On As Planned 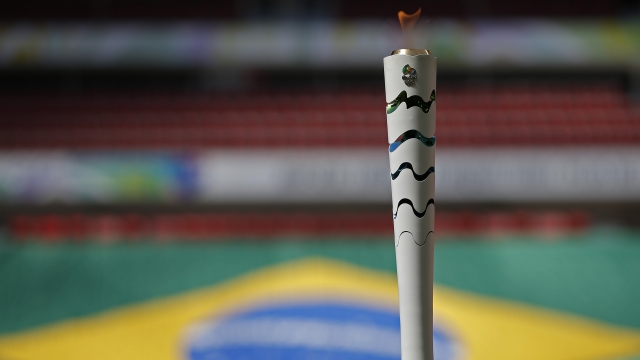 SMS
Despite Zika Threat, Summer Olympics Expected To Go On As Planned
By Matt Moreno
By Matt Moreno
May 12, 2016
A Canadian doctor warns holding the games could cause "a full-blown global health disaster."
SHOW TRANSCRIPT

It doesn't look like the International Olympic Committee has any plans to move the Summer Games from Rio de Janeiro despite warnings about the Zika virus.

Olympics officials say even though the mosquito-borne Zika virus is causing widespread concerns, the games are still expected to take place there in August.

The IOC's response comes shortly after a Canadian professor's article in the Harvard Public Health Review urged the games be moved or risk "a full-blown global health disaster."

Several Olympic athletes have expressed concerns about the virus. But so far, no high-profile stars have publicly said they'll sit out the games come August.

"Of course I want to go to the Olympics. I want to win the Olympic gold. But at the same time, I'm very worried about my health. ... It's something to be aware of, and I'm going to take every precaution necessary. I'm not sure I'm going to be leaving the hotel room outside of practice," Team USA women's soccer goalie Hope Solo told CNBC.

Major League Baseball has already decided to move a previously scheduled series from Puerto Rico, where the disease is also spreading. The Centers for Disease Control and Prevention confirmed the first death in a U.S. territory from Zika in late April.

The Zika virus, according to the CDC, can cause a fever, rash, joint pain and red eyes, but it's usually not severe enough to cause hospitalization or death.

However, contracting the disease while pregnant can cause a child to have severe brain defects, including microcephaly. While mosquito-borne, the disease can also be spread by infected men through sexual contact.

This video includes clips from the Channel 4 and NBC Sports and images from Getty Images.