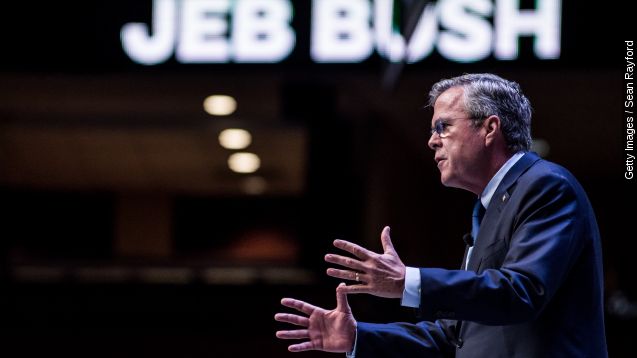 SMS
Despite Uproar, Jeb Bush Stands By 'Stuff Happens' Remark
By Matt Picht
By Matt Picht
October 2, 2015
Jeb Bush has been criticized for referring to the Oregon mass shooting with the phrase, "stuff happens."
SHOW TRANSCRIPT

He argued, "Look, stuff happens. There’s always a crisis, and the impulse is always to do something, and it’s not necessarily the right thing to do." (Video via Mediaite)

Bush's apparent point was to be wary of hasty, crisis-driven legislation. But liberal critics slammed his word choice as insensitive.

Including President Obama, who said "I think the American people should hear that and make their own judgements based on the fact that every couple of months, we have a mass shooting. And they can decide whether they consider that 'stuff happening'."

Bush's campaign called the reactions a "sad and beyond craven" attempt to "advance [a] political agenda." (Video via YouTube / Earl Thompson)

He later tweeted a link to a local bank's relief fund for the shooting.