Despite The Risks, Antibiotics Still Overprescribed For Kids 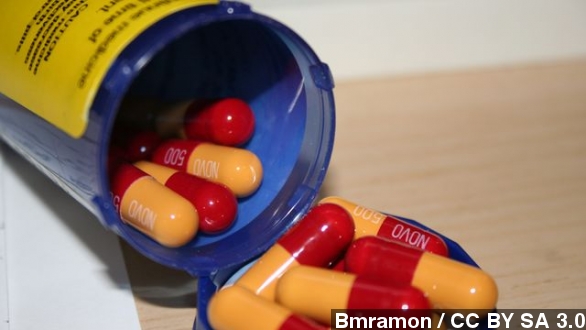 When you take your child to the doctor for the flu or a sore throat, chances are you'll walk away with a prescription for an antibiotic. A new study says that's a problem.

Researchers from the University of Washington and Seattle Children's Hospital found just 27 percent of acute respiratory tract infections, 65 percent of ear infections and 20 percent of strep throat cases in children are caused by bacteria.

The underlying assumption being the rest of those infections are viral and can't be treated with antibiotics. This adds up to about 11 million unnecessary prescriptions per year. (Video via YouTube / Antabio)

These findings are consistent with this 2013 Harvard study, which found for acute bronchitis, 73 percent of patients were prescribed antibiotics — a disturbing figure, considering antibiotics aren't even recommended to treat that condition.

Now here's why all of this is concerning: Overuse of antibiotics has increased the number of drug-resistant superbugs out there. And according to the Centers for Disease Control and Prevention, some 23,000 Americans die every year from antibiotic-resistant infections. (Video via U.S. Food and Drug Administration)

Health providers say they are aware of the risks associated with antibiotic overuse, so it's puzzling why, despite the warnings, they're still overprescribing them.

Patient demand has a lot to do with it. CNN explains: "People ask for antibiotics because they think these drugs will make them feel better. The other side of the coin is that many doctors have been prescribing antibiotics in abundance for years and are following old habits."

Oftentimes doctors also don't have the tools to test whether infections are caused by bacteria or a virus. When in doubt, they might end up prescribing an antibiotic anyway because the alternatives are expensive.

That's the case with vancomycin. It's a fairly inexpensive antibiotic used to treat the common bacteria MRSA.

A CDC official told The Wall Street Journal over 20 percent of the time, patients given intravenous vancomycin never had MRSA to begin with.

For more on the researchers' findings, check out their study published in the journal Pediatrics.

This video includes images by Sheep purple / CC BY 2.0 and Mrgreen71.