Despite 'Spectre' Success, 007 Likely Wouldn't Fit In At MI6 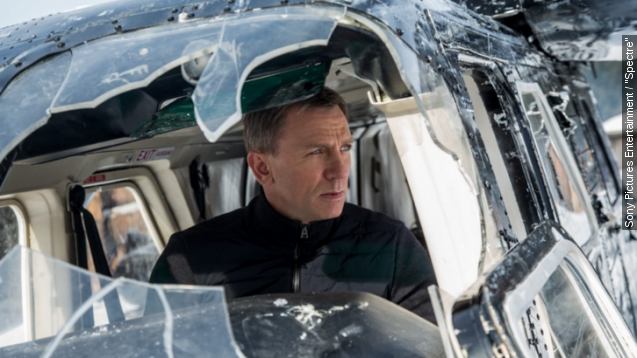 "Spectre" continues to break records in the U.K. ahead of its Nov. 6 opening in North America.

When the 24th installment in the franchise released overseas last week, it grossed $9.2 million in its first day at the box office, beating the first-day sales of the current all-time highest-grossing Bond film, "Skyfall" and setting a new record for the biggest Tuesday ever in the U.K.

Now, as an encore, "Spectre" has broken the record for the largest U.K. opening in history, grossing more than $80 million during its opening week.

Analysts initially thought "Spectre" didn't have a chance of outpacing "Skyfall," which also went on to become the highest-grossing movie of all time in the U.K. with $161 million in sales.

The numbers for "Spectre" surely come as a relief to Sony Pictures and MGM, which have invested $250 million to produce and have spent millions more on promotion.

And even though most of us will probably blow up social media with our thoughts on Bond taking care of business, there's one group who points out the super spy working solo isn't realistic.

That group would be the real MI6, formally known as Britain's Secret Intelligence Service. The organization has launched a real recruitment campaign that coincides with the promotion of "Spectre" to bring more "sociable" people into the fold.

Apparently, Bond isn't someone the powers that be would hire. One source told BuzzFeed: "The service he represents is not the modern reality. Teamwork is central to SIS's ability to deliver intelligence, and heroes working alone rarely achieve much."

In addition, the real MI6 wants people with an "emotional intelligence" — people who can empathize and understand the complexity of relationships.

Based on "Spectre"'s early success in the U.K., we're thinking MI6 might be getting quite a few job applications this year.