Despite Blocked Bill, Sanctuary City Debate Not Going Away 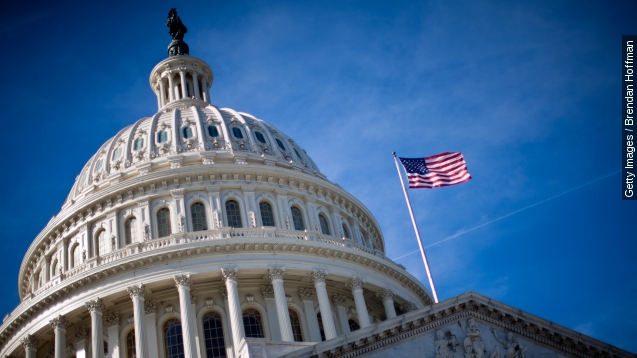 SMS
Despite Blocked Bill, Sanctuary City Debate Not Going Away
By Eugene Daniels
By Eugene Daniels
October 20, 2015
The bill that would crack down on "sanctuary cities" failed in the Senate, but the argument isn't going anywhere anytime soon.
SHOW TRANSCRIPT

"On this vote, the yeas are 54, the nays are 45. Three-fifths of the senators duly chosen and sworn not having voted in the affirmative, the motion is not agreed to," said the presiding officer of the Senate. (Video via C-SPAN)

Senate Democrats blocked a bill Tuesday that would slow the flow of money to cities that seemingly shelter undocumented immigrants. The bill would have limited federal grants to what some are calling sanctuary cities and increased penalties for deportees who return illegally.

"When felons enter our country illegally and repeatedly, is it fair to victims and families to not do what we can to stop them?" Majority Leader Mitch McConnell said Tuesday.

Republicans say the bill is vital to keeping communities safe and stop cities from undermining federal immigration laws. Democrats, on the other hand, feel it perpetuates the stereotype that immigrants are dangerous.

The bill was an attempt to force cities like San Francisco to do more to comply with federal immigration enforcement. (Video via Expedia)

But the measure had no chance of becoming law anyway. Democrats were openly opposed, and President Obama had already promised to veto it. (Video via the White House)

The term "sanctuary cities" hit the mainstream in a big way this summer after a woman named Kathryn Steinle was fatally shot in San Francisco, allegedly by a man who'd been deported multiple times. (Video via CNN)

That case is being used as evidence that sanctuary cities are a serious issue in the United States, making its way into the first Republican presidential debate.

"I tried to get the Senate to vote to pass 'Kate's Law' on the floor of the Senate just one week ago, and the leader of our own party blocked a vote on 'Kate's Law,'" the bill's co-author Ted Cruz said in response to a Facebook question about the bill.

Sen. Ted Cruz has vowed to keep fighting sanctuary cities, saying Republicans should attach it to "must pass" legislation as a next step. (Video via Ted Cruz)