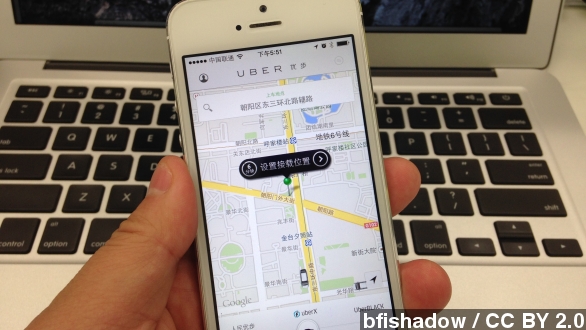 SMS
Despite Bad Press, Uber Pulls In More Investments
By Bram Sable-Smith
By Bram Sable-Smith
December 14, 2014
While the public has put Uber under intense scrutiny, investors have been filling its coffers. But can money alone solve Uber's problems?
SHOW TRANSCRIPT

Uber has been under fire for weeks now.

From accusations that the company is targeting journalists.

To lawsuits in cities across the globe.

And an alleged rape by one of its drivers in India.

"This is a company that just can't seem to catch a break and if anything maybe they need a new PR firm," Carmi Levy told CTV.

But while the media has put Uber under scrutiny, investors keep filling the company's coffers.

Chinese search giant Baidu bought a minority share in the company this week reportedly worth $600 million.

This, on the heels of a round of fundraising that saw the company bring in $1.8 billion, raising its valuation to $40 billion. (Video via Uber)

And as Fortune reported, the company even hired Goldman Sachs to raise money from the bank's high-net-worth clients in anticipation of an eventual public offering.

But can throwing money at its problems save the company from the onslaught of bad press and lawsuits? Maybe.

On Saturday The Washington Post detailed the effectiveness of Uber's massive lobbying efforts that have included hiring at least 161 individuals to lobby on the company's behalf in at least 50 U.S. cities in only the past two years.

As the author noted, "In an era of government dysfunction ... San Francisco-based Uber has pioneered not just a new sort of taxi service but also a new way to change long-standing local ordinances."

If Uber is going to succeed, it will be based on the popularity of its product with consumers in its massive global footprint — which, after the investment from Baidu, now expands to the world's most populous country.

This video includes images from Getty Images and bfishadow / CC BY 2.0.