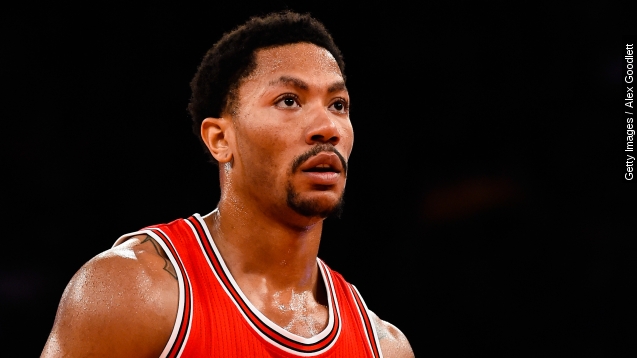 TMZ published a report Wednesday claiming Derrick Rose is being sued by an ex-girlfriend who says the NBA star drugged and raped her.

The site reported Wednesday the unidentified woman accused the Chicago Bulls player, his friend Ryan Allen and his personal manager Randall Hampton of slipping drugs into her drink at Rose's Beverly Hills home with the intention of raping her in 2013.

The woman claims she escaped the situation with the help of a friend. But later that night, the three men reportedly broke into her apartment and gang raped her while she was "incapacitated."

And that's not all Rose is being accused of. The report alleges he also pressured the woman to allow him to have sex with her friends and take part in group sex with strangers, among other explicit acts. (Video via CNN)

Now, Rose has yet to respond to the allegations against him. But TMZ's report went viral just minutes after it was published across both sports and national media.

According to TMZ, Rose's accuser waited two years to file the lawsuit because she was "ashamed and embarrassed" about the alleged incidents. The two reportedly dated from 2011 to 2013.