Deputy Shot Sunday Is 15th Killed By Gunfire This Year 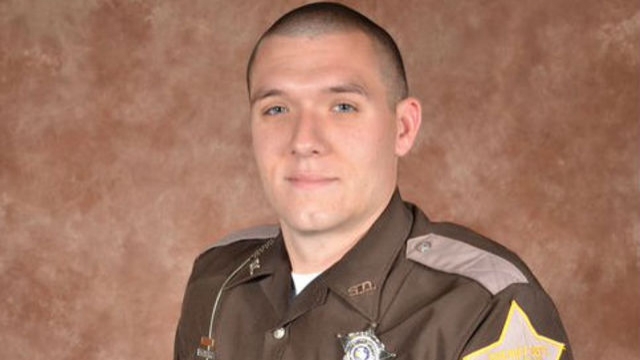 SMS
Deputy Shot Sunday Is 15th Killed By Gunfire This Year
By Grant Suneson
By Grant Suneson
March 20, 2016
An Indiana sheriff's deputy was shot and killed while serving a warrant. This year, gunfire has been unusually deadly for law enforcement officers.
SHOW TRANSCRIPT

An Indiana police officer was shot and killed early Sunday morning in what's been an unusually common occurrence for law enforcement this year.

Howard County Sheriff's Deputy Carl Koontz sustained fatal injuries when a suspect opened fire on deputies serving a warrant just after midnight. Another deputy was also shot, but he is in stable condition.

According to the Officer Down Memorial Page, Koontz is the 15th law enforcement officer shot and killed so far in 2016.

Fifteen shooting deaths is a huge spike compared to last year. Through March 20, 2015, only four law enforcement officers had died of gunshot wounds. There were 41 total gun-related deaths in 2015.

This year is on pace to be the deadliest year for officers killed by gunfire since 2011, when 73 were gunned down.

Even K-9 units are falling victim to more gun violence. Four police dogs have been shot and killed in the U.S. this year — the same number that died from gunfire through all of 2015.

However, the number of officers that have died in the line of duty overall is actually down this year, largely due to a 31 percent dip in auto-related fatalities.

This video includes clips from KTRK and WRTV.