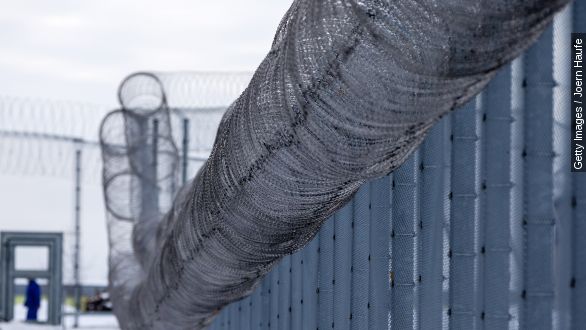 SMS
Dept. Of Justice Backs Inmate Suing For Hormone Therapy
By Jill Ornitz
By Jill Ornitz
April 3, 2015
The Department of Justice has backed a Georgia transgender inmate who's suing to resume her hormone therapy during her incarceration.
SHOW TRANSCRIPT

Attorney General Eric Holder is backing a transgender inmate from Georgia, who is suing the state's Department of Corrections for depriving her of hormone therapy.

Ashley Diamond received hormone therapy for 17 years until she was incarcerated. The Department of Justice says denying her that therapy violates the Eighth Amendment's ban on cruel and unusual punishment. (Video via Southern Poverty Law Center)

According to Diamond's suit, she was incorrectly labeled male in prison paperwork, making her ineligible for treatment.

And Diamond is housed in a male prison, where she said she has been sexually assaulted and ridiculed by guards. She claimed she attempted self-castration and suicide, and called her sentence "three years of torture."

Transgender individuals are particularly vulnerable in America's prison system. According to a study from the University of California, Irvine, transgender inmates are 13 times more likely to be sexually assaulted than other inmates.

In one of the videos obtained by the Southern Poverty Law Center, Diamond said she was living Netflix's "Orange Is the New Black," which explores in part how transgender inmates are treated in American prisons. (Video via Netflix)

Under the federal Prison Rape Elimination Act, prisons are supposed to take sexual identity and orientation into account when determining inmates' housing to decrease their risk for abuse.

This video includes images from Getty Images and the U.S. Army.