Department Of Defense May End Transgender Ban In Military 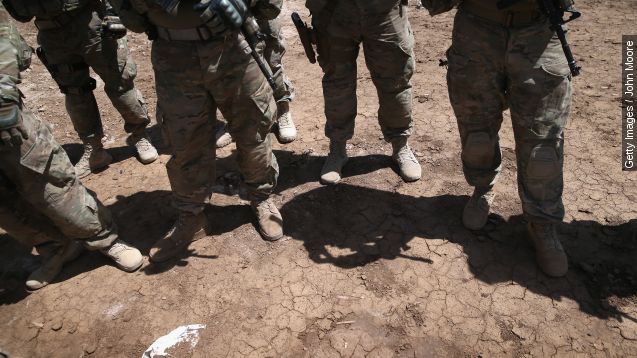 SMS
Department Of Defense May End Transgender Ban In Military
By Eugene Daniels
By Eugene Daniels
July 14, 2015
The ban on openly transgender people serving in the military is one step closer to ending, as the armed forces move toward LGBT-friendly policies.
SHOW TRANSCRIPT

The ban on transgender people serving openly in the military could be about to end. Defense Secretary Ash Carter announced Monday a working group would study the implications of allowing transgender service members.

In a press release, Carter called the current regulations "outdated," "confusing" and "inconsistent" with the military's values.

In an interview with USA Today last year, Air Force Secretary Deborah Lee James called for the ban to be lifted.

"From my point of view, anyone who is capable of accomplishing the job should be able to serve," James said.

Despite the current ban, The Williams Institute estimates nearly 150,000 currently living transgender people have either served or are now serving in the military.

Since the repeal of "Don't Ask, Don't Tell" in 2010, the military has made strides in becoming more LGBT-friendly.

This year, both the Army and Air Force made it more difficult to discharge transgender troops, and the Army made headlines when it announced WikiLeaker Chelsea Manning would be able to undergo hormone therapy while behind bars. (Video via NBC)

The Department of Defense says the working group is expected to finish its work within sixth months.