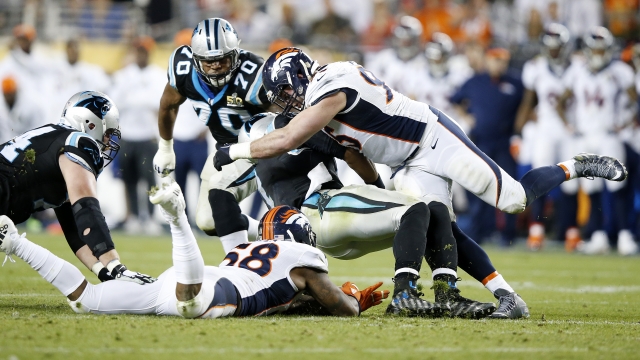 While almost all of the pregame attention for the Super Bowl focused on the two star-studded quarterbacks, it was the Denver Broncos defense that ended up ruling the day.

The Broncos came into the game ranked No. 1 in team defense in the NFL, and they showed why, surrendering just 10 points to the Carolina Panthers.

The defense even helped the offense as the Broncos got their only touchdown of the first half from a fumble forced by linebacker Von Miller, who was named Super Bowl 50 MVP.

Newton was still able to pick up some yardage, but the Panthers turned the ball over four times. The Broncos recovered three fumbles and added an interception.