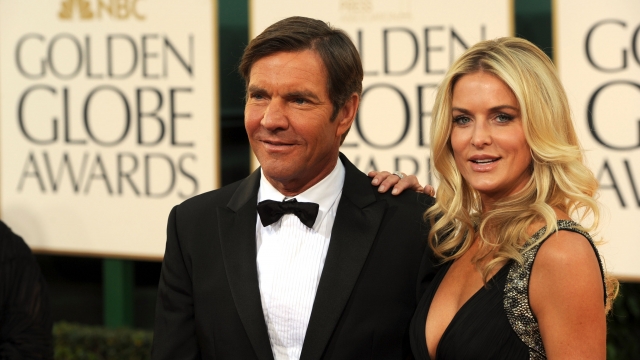 Actor Dennis Quaid's wife, Kimberly, has filed for divorce. For a second time.

It sounds like the most recent decision to split was made together. TMZ, which was the first to report the news, received a statement from the couple saying, "The decision was made amicably and with mutual respect toward one another."

This is Dennis Quaid's third marriage. He was previously married to actresses P.J. Soles and Meg Ryan.

SEE MORE: "If You Want To Undo Your Divorce, Don't Go To New Hampshire"

Kimberly first filed for divorce from her husband in 2012, citing irreconcilable differences. At the time, representatives for the couple told E! that "a satisfactory settlement" was being negotiated.

Dennis and Kimberly have been married for almost 12 years and have 8-year-old twins. They reportedly intend to share custody.

This video includes clips from Bravo and images from Getty Images.