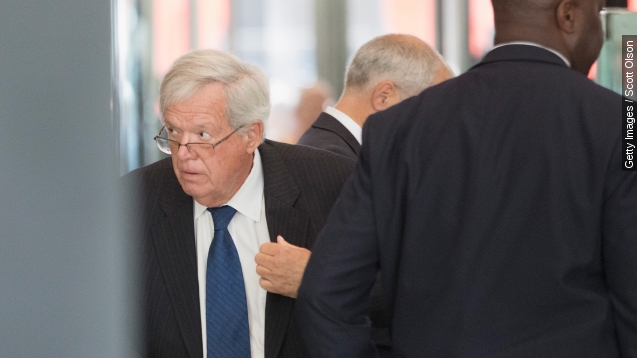 Former Speaker of the House Dennis Hastert will plead guilty to bank reporting charges that are connected to the sexual misconduct accusations he's facing, according to court proceedings Thursday.

In May, Hastert was accused of misleading the federal government about large bank account withdrawals.

The indictment said Hastert arranged payments to someone referred to as "Individual A" to conceal misconduct.

Media outlets have said government sources identified "Individual A" as a former male student at a high school where Hastert worked. (Video via CNN)

The sister of a different alleged victim told ABC a sexual relationship between her brother and Hastert went on throughout her brother's high school career. (Video via C-SPAN)

"I mean here was this mentor, the man who was, you know, basically his friend who was the one that was abusing him," the man's sister told ABC News.