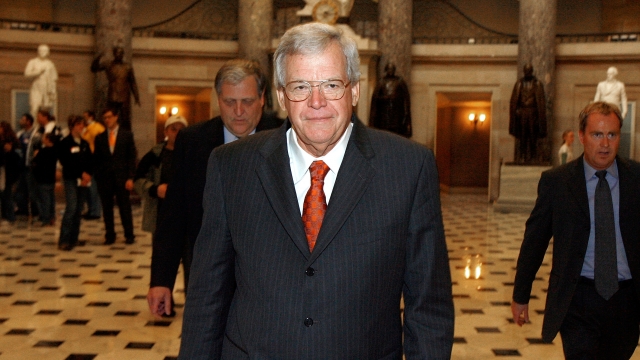 SMS
Dennis Hastert Sentenced To Prison For Hush-Money Payments
By Katherine Biek
By Katherine Biek
April 27, 2016
The former speaker of the House was sentenced to 15 months in prison Wednesday.
SHOW TRANSCRIPT

A judge sentenced former Speaker of the House Dennis Hastert to 15 months in prison Wednesday after he pleaded guilty to making hush-money payments to cover up allegations of sexual abuse.

The 74-year-old is accused of sexually abusing four boys when he was working as a wrestling coach at an Illinois high school decades ago.

NBC reports Hastert said he regretted what he called "mistreating" the boys, saying, "They looked up to me and I took advantage of them."

Because of the statute of limitations, authorities can no longer press charges against Hastert for the alleged sexual abuse.

This video includes a clip from CNN and images from Getty Images.