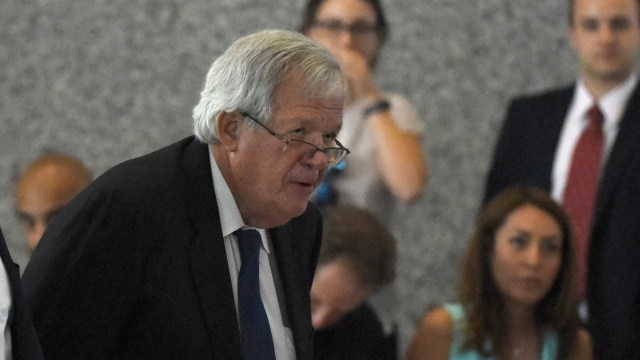 Former House Speaker Dennis Hastert is facing a lawsuit from a man who says Hastert molested him as a teenager.

The plaintiff, referred to as James Doe, accused Hastert of using his status as a coach and family friend to abuse him at a wrestling camp in Illinois more than 30 years ago. Doe said the abuse caused him to suffer panic attacks and depression.

The suit claims Doe later confronted Hastert and that the former Republican congressman agreed to pay Doe $3.5 million in restitution.

Hastert admitted to illegally withdrawing hush money from multiple bank accounts in small increments. Those withdrawals eventually caught the attention of the FBI, leading to federal charges. Hastert pleaded guilty to one felony charge in October.

But Doe says that federal investigation put a stop to the regular payments, and now he's trying to get the remaining $1.8 million he says he was promised, plus interest.

Hastert is set to be sentenced April 27 for illegally structuring those withdrawals. Part of his plea deal recommends he should be sentenced to less than six months in prison.

This video includes clips from C-SPAN and CNN and images from Getty Images.